Microsoft Dynamics NAV is a very powerful tool, which takes care of the complete automation, standardization and optimization of the key specific needs of the business industry. Starting from the management of the production, supply, distribution, sales, marketing, post sales service and human resources to accounting, financial reporting, and generating business specific reports for analysis, NAV takes care of everything.

Navison has also been modified and changed to become better over the years. In the year 2016, Microsoft made an official statement, “Extensions are the only way forward enhancing NAV in the future. No matter the customer scenario.” This triggered a lot of questions in the Microsoft community, which could mean the end of Navision. However, in the month of September, Microsoft released the “Limited/Go-Live Beta” of Dynamics NAV 2017. In this version, the changes would be saved as Extensions. This paved the way for some of the exciting features in Microsoft Dynamics NAV. When compared to its counterpart AX, NAV is more scalable and cost effective.

NAV ERP is a very strong and adaptable tool, which can be integrated with most of the software for document exchange and data integration. This further promotes communication amongst the employees, customers, vendors and the company. The UI is very friendly and ensures the users have a seamless experience. The Microsoft Dynamics NAV tool is extensively used by most of the companies for generating various business specific reports for analysing and monitoring the key aspects. It also supports many international languages and currencies, which is the prime aspect for supporting international businesses.

Transforming over the years, Microsoft Dynamics NAV has only become stronger and more versatile. This has enabled and motivated new businesses to adapt and incorporate Navision for all their business needs. It is also definitely one of the most reliable ERP systems, which has a lot of happy customers in its kitty.

How to Become a Web Designer? 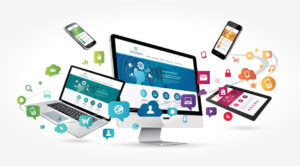 Web Applications Services – How To Use